Style: Belle Époque – The Belle Époque (French for “Beautiful Era”) was a period in European social history that began during the late 19th century and lasted until World War I. Occurring during the time of the French Third Republic and the German Empire, the “Belle Époque” was named in retrospect, when it began to be considered a “golden age” the major powers of Europe, new technologies improved lives and the commercial arts adapted Renaissance and eighteenth-century styles to modern forms. In the newly rich United States, emerging from the Panic of 1873, the comparable epoch was dubbed the Gilded Age. In the United Kingdom, this epoch overlaps the end of what is called the Victorian Era there and the period named the Edwardian Era.

Extra information: Diamond is the birthstone for the month of April, and besides being the most popular gemstone for engagement rings, it is also the anniversary gem for the 10th and 60th years of marriage.

Even though the diamond is the hardest of all gemstones known to man, it is the simplest in composition: it is common carbon. The ancient Greeks believed that diamonds were splinters of stars fallen to earth. It was even said by some that they were the tears of the Gods or perhaps crystallized lightning or hardened dew drops. The exact origin of diamonds remained something of a mystery for centuries.

In ancient times only kings wore diamonds as a symbol of strength, courage and invincibility. Over the centuries, the diamond acquired its unique status as the ultimate gift of love. It was said that Cupid’s arrows were tipped with diamonds which have a magic that nothing else can ever quite equal.

But it wasn’t until 1477, when Archduke Maximillian of Austria gave a diamond ring to Mary of Burgundy, that the tradition of diamond engagement rings began. Even the reason a woman wears it on the third finger of her left hand dates back to the early Egyptian belief that the vena amoris (vein of love) ran directly from the heart to the top of the third finger, left hand.

– All diamond weights, color grades and clarity are approximate since the stones were not removed from their mounts to preserve the integrity of the setting.

Birthstones: Diamond is the birthstone (or month stone) for April. 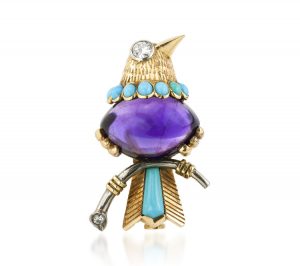 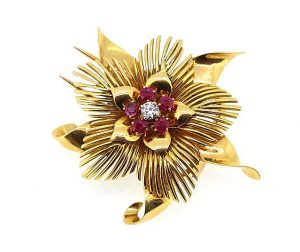 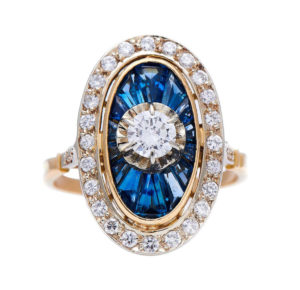 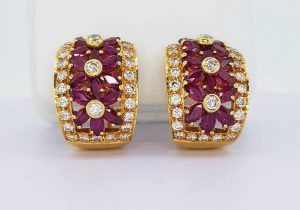 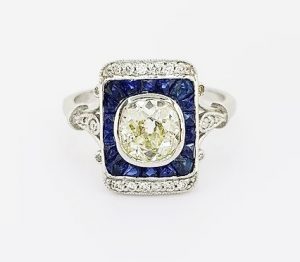 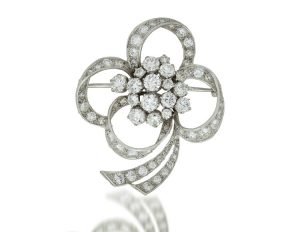 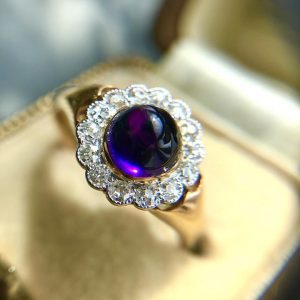 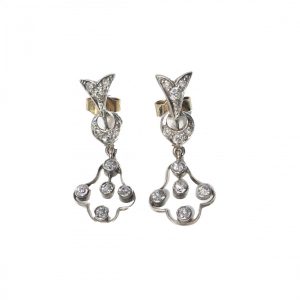 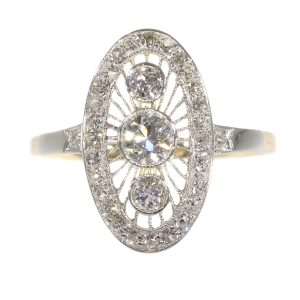 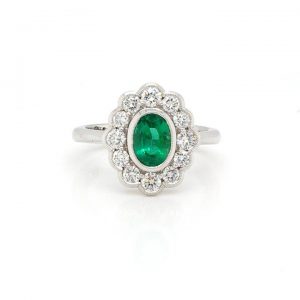 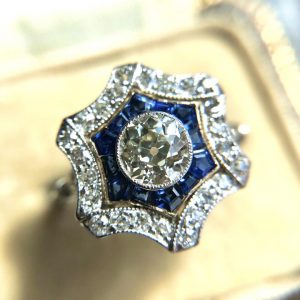 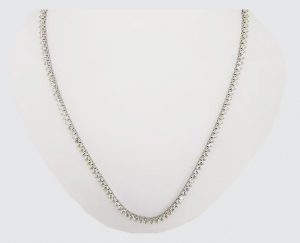 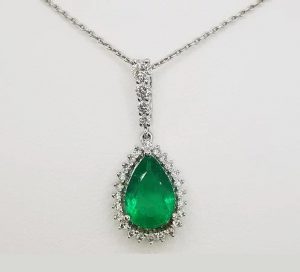 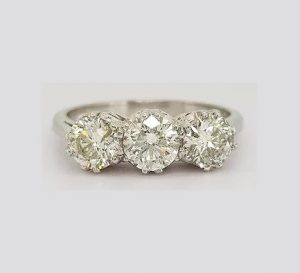