Tanzanite is one of the rarest gemstones known to man.

It is thought to be 1000 times rarer than diamonds due to its exclusive location.

Found only in one region of East Africa, this precious gemstone comes from the mines of Tanzania, in the foothills of Mount Kilimanjaro.

Discover the top nine facts about this extraordinary gemstone.

Tanzanite is a variety of the mineral zoisite

Tanzanite is the blue-violet variety of the mineral zoisite.

It was created millions of years ago by a tectonic shift which also created Mount Kilimanjaro and The Great Rift Valley of Tanzania. This unique geological phenomenon that lead to the creation of tanzanite reportedly has less than a million to one chance of being repeated and, according to geological tests, the world’s supply of tanzanite will completely run out within a few short decades.

Tanzanite is 6.5 on the Mohs scale (the same as opal), however, due to its crystal lattice, it is a brittle stone that can break easily. 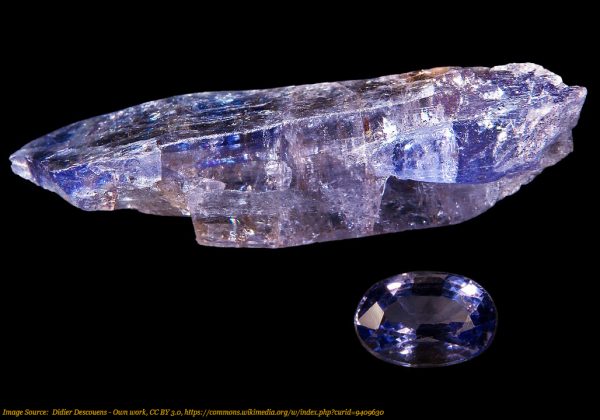 Tanzanite was first discovered in 1967

In 1967, Manuel De Souza, a tailor and part-time gold prospector from Goa discovered transparent fragments of blue-purple gems on a ridge near Mirerani.

After some extensive investigation, it was discovered that these fragments were in fact blue zoisite.

This precious gemstone was later renamed by Tiffany and Co. who thought that the name ‘blue zoisite might be confused with ‘blue suicide’ and would not sell very well and so named it Tanzanite after the place it was discovered.

Tiffany’s original advertising campaign famously stated that tanzanite could now be found in two places: “in Tanzania and at Tiffany’s”.

Tanzanite is trichroic, meaning it shows different colours dependant on lighting or at which angle you look at it.

When turned at different angles, the same piece of tanzanite can appear blue, reddish-brown and even a deep violet colour.

The largest ever tanzanite was discovered in 2020

The two stones weighed 9.27kg and 5.1kg and were bought by the Tanzanian government for $3.3 million.

These stones are the largest ever found, with the previous weighing 3.38kg.

In its rough form, tanzanite is reddish-brown in colour.

For it to show its mesmerizing blue tones, not only must it contain traces of vanadium, but it must also be heated to 600˚C for 30 minutes.

Only then will you see the beautiful vibrant blue-purple tones associated with tanzanite. 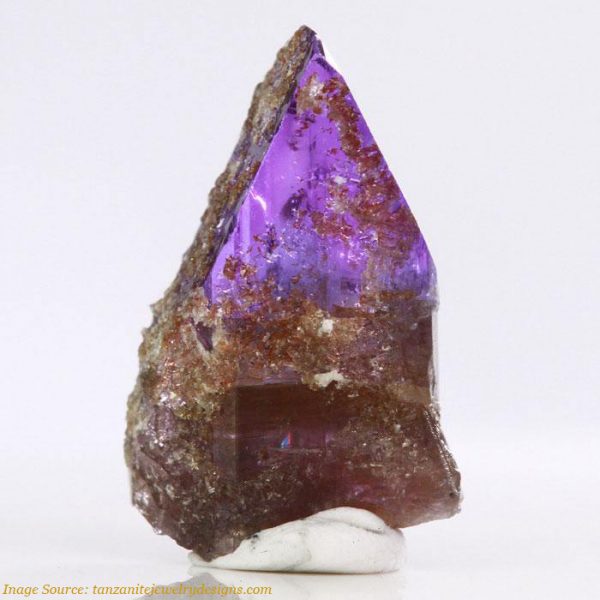 Tanzanite is known as a ‘generational gemstone’

You may sometimes hear tanzanite referred to as a generational gemstone. This is because the limited underground deposits are becoming harder to discover, and therefore mine.

To add to the difficulties in mining, the Tanzanian government temporarily closed the largest tanzanite mine in 2019 due to a breach of laws and have ordered a wall to be built around the mine – meaning each gemstone will have to pass strict security measures before leaving the mine.
The Tanzanian government want the people of Tanzania to be the first to benefit from the precious stone found beneath their soil.

Although there are still some smaller mines in operation, the temporary closure of this large mine undoubtedly will influence the production of tanzanite. 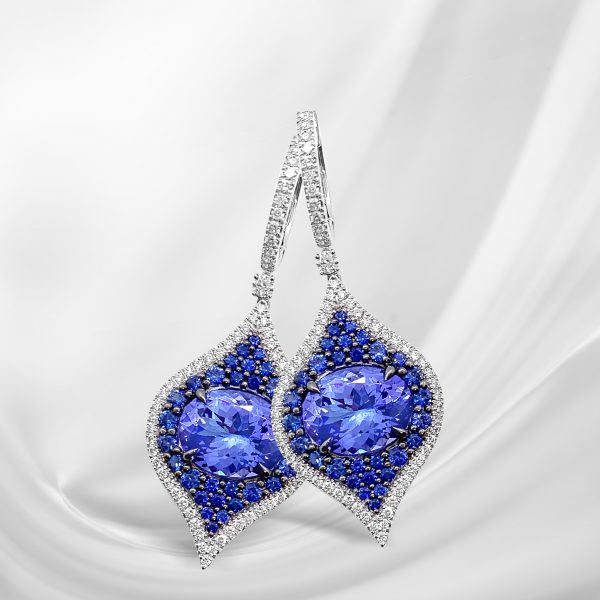 There are other colours of tanzanite

Although tanzanite is most famous for its rich blue-purple tones, thanks to extensive mining in Tanzania, some incredibly beautiful and rare colours have since been discovered such as pinks, greens and yellows and these rare stones are now known as fancy coloured tanzanite.

Tanzanite is a favourite of celebrities

Many celebrities have been spotted wearing this spectacular jewel such as Sarah Jessica Parker when she attended the Tiffany and Co. Blue Book Ball in 2013.

Perhaps a nod towards Tiffany’s original advertising campaign of tanzanite? 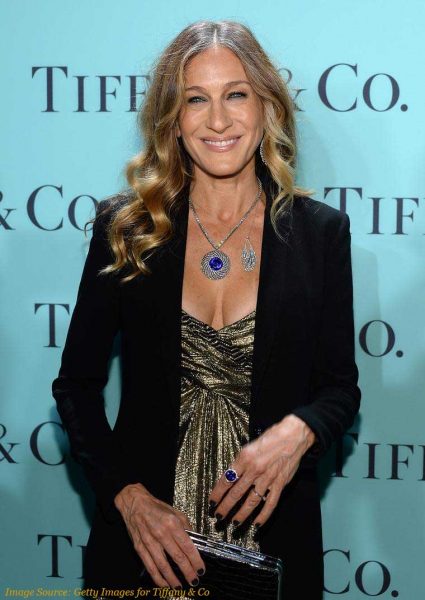 Tanzanite is the birthstone for December

In 2002, the American Gem Trade Association decided on tanzanite as the new birthstone for December.

This was the first change made to the list since 1912 – an indication of just how influential and popular this spectacular modern gemstone has become. 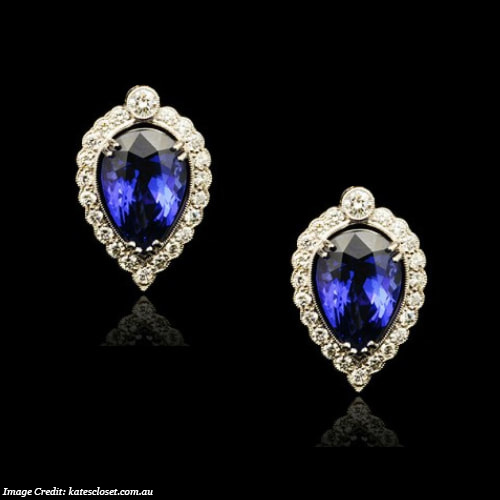 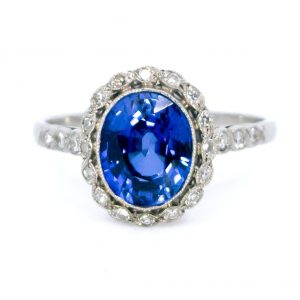 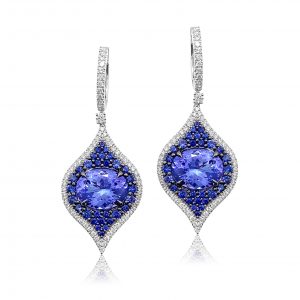 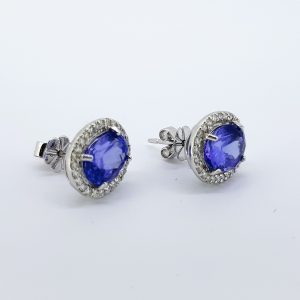 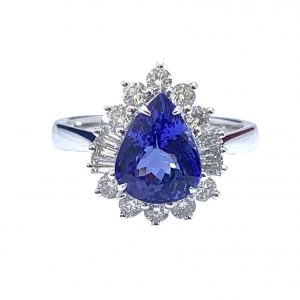 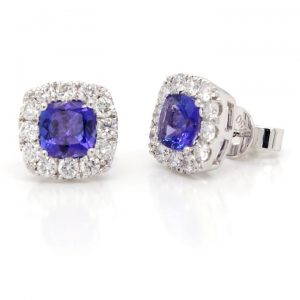 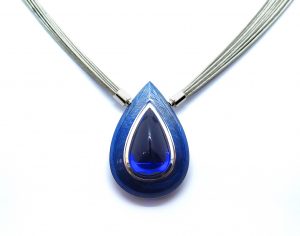 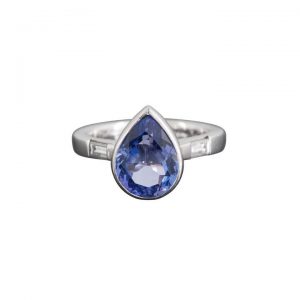 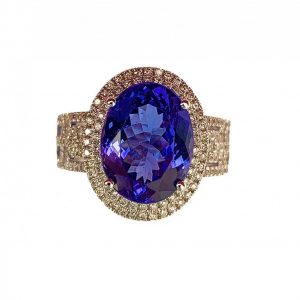 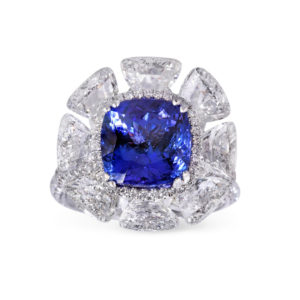 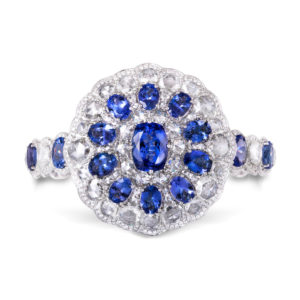 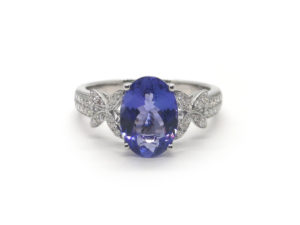 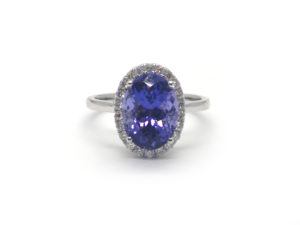 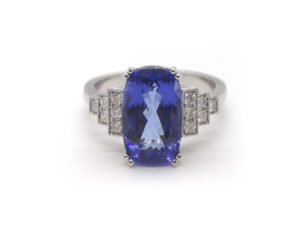 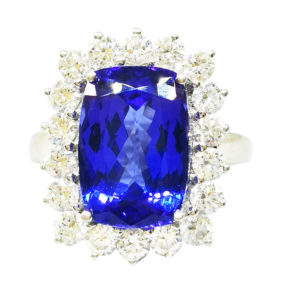 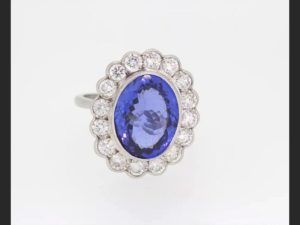