The definition of a locket is “a small case for a miniature portrait, a lock of hair, or other keepsake, usually worn on a necklace”.

Here, we look at some great facts about these historic and incredibly personal pieces of jewellery.

The earliest designs of lockets date back to the 16th century. Small pendants would have been worn to conceal various objects.

These objects included small fabric squares soaked in perfume, good luck charms, painted portraits (usually of the person who gifted the locket) and even small vials of poison. 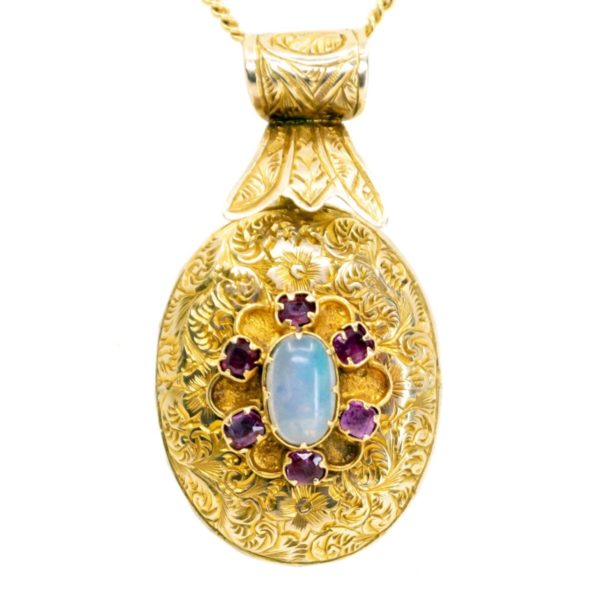 2. Queen Elizabeth I was a huge fan of lockets

She wore a locket ring every day which contained one portrait of herself and one of her mother, Anne Boleyn.

It is said that she never took the ring off. It was only ever removed once, after her death in 1603

The ring was made from mother of pearl and the band is set with rubies in gold. The head of the ring has a clear ‘E’ containing six diamonds set over a blue enamel ‘R’ with a pearl set to the right edge.

Queen Elizabeth’s spectacular ring is incredibly tiny at 17.5mm across Queen Elizabeth loved gifting lockets to her most loyal courtiers.

Worn by Queen Elizabeth I.

locket with two portraits, one depicting Elizabeth and the other traditionally identified as Elizabeth’s mother

Made out of mother of pearl hoop, encrusted with Rubies to the side on yellow gold.

Known as the Chequers’ Ring

Made out of mother of pearl hoop, encrusted with Rubies to the side on yellow gold.

Diamond encrusted  E to the front with a single pearl

Mourning Lockets - The locket was hugely popular during the Victorian period.

Queen Victoria was known for setting fashion trends. When Prince Albert gave her a bracelet with eight lockets, each one filled with a lock of hair from each of their eight children, her loyal subjects soon copied her style and lockets became increasingly popular.

She further increased demand for lockets when she wore a mourning locket upon the death of her beloved husband. The locket contained a picture of Albert on one side and a lock of his hair on the other.

After the death of Prince Albert, the country was plunged into mourning and the country were expected to wear muted coloured clothing to show their respect. Wearing a bold, gem set locket became a way of livening up an outfit.

Locket pendants would have been worn on either a chain or a length of ribbon around the neck. 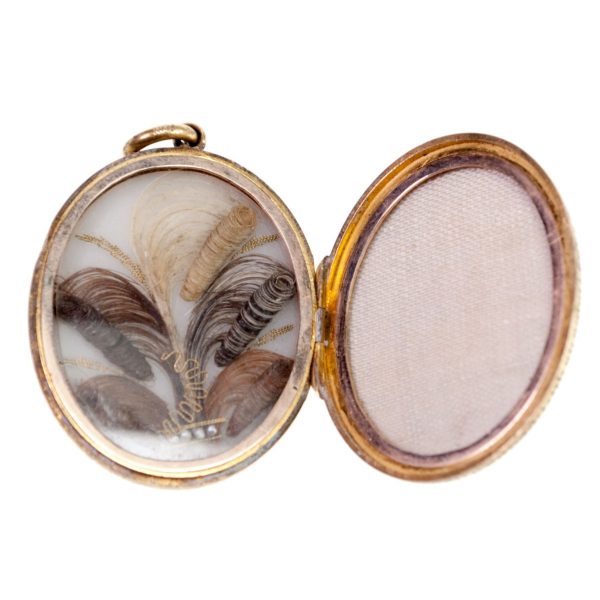 During WWI (1914 – 1918) soldiers heading off to the trenches would give their sweetheart a locket with their picture in as a memento of their love.

The popularity of lockets dropped again after the war but then gained huge favour again at the start of WWII (1939 – 1945).

During this time, they became so hugely popular that they were made from cheaper materials and were often sold at post offices and other small shops. Unfortunately, this meant that these ones were of lesser quality and would likely not have stood the test of time.

Lovers eye lockets were hand painted watercolour, usually on ivory and set in a gold frame.

Some lovers eye lockets would have been either heart shaped and may have had a small lock so that only the wearer could know what was inside.

Sometimes, you may have found a tiny love letter inside, too.

6. Lockets can be made from many different materials.

As we can see from the ring owned by Elizabeth I, lockets can be made from many different materials. Her locket ring was made from mother of pearl with sumptuous gems set in gold.

Up until the Victorian period, lockets were mostly made from gold. This made them expensive and only affordable to the very wealthy.

Thanks to the industrial revolution, as well as advances in manufacturing, jewellery became easier, and cheaper, to produce. This meant it was now much more affordable for more people.

During the Victorian period, materials such as carved jet, black bog oak and vulcanite were popular for lockets; mostly due to the dark fashions of the time which were in keeping with a nation in mourning.

By the 1870s, silver was relatively cheap and silver jewellery was gaining in popularity. So now, lockets were being made from silver as well as traditional gold.

7. A locket doesn’t have to just be a pendant

Lockets would often be made for men as watch cases and would be worn suspended from a watch chain or fob.

Locket rings have been popular throughout the years, often secretly concealing either a picture, a lock of hair or something more deadly.

Lockets can also take the form of cufflinks, brooches, bracelets and charms.

Pendant lockets are worn on a long chain, allowing the wearer to open the locket and look at the picture or contents of the locket. These lockets still tend to be the most popular.

Although the word locket typically brings thoughts of a small, dainty and feminine pendant, there are many other types of locket which are suitable for a man.

Cufflink lockets, ring lockets and even masculine pendants are all suitable lockets for a man.

Men have in fact been wearing lockets for centuries, for example, George IV with his lover’s eye locket depicting his wife’s eye.

Soldiers heading off to war would often carry a locket with them to remind them of their loved ones back home.

Lockets are still given as gifts for many occasions such as valentine’s day, weddings, a birth, or a milestone birthday.

An antique or vintage locket is a great and unique way of showing your love and affection for that special someone. 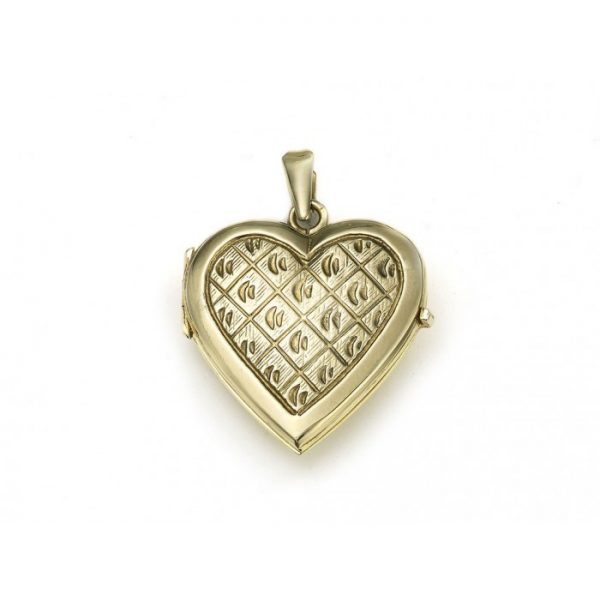