How Are Opals Formed?

The word ‘Opal’ comes from the Latin word ‘Opalus’. Its origins also come from the same word as ‘Upala’, meaning ‘stone’.

Opals are formed in the fissures of rocks and are created when water drips down through silica. When the water evaporates, it leaves small deposits of silica behind which harden to become beautiful opals. However, it isn’t a quick process. It is thought that it takes around 5 million years to form just 1cm of opal.

They can form within almost any kind of rock but are most commonly found in limonite, sandstone, rhyolite, marl, and basalt. 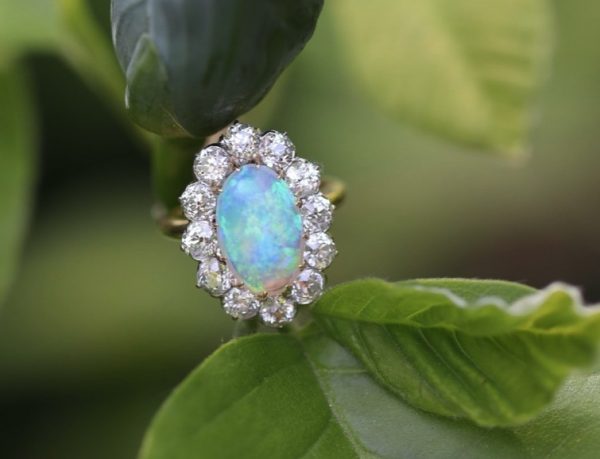 The Hardness of Opals

Opal is generally quite a soft stone and measures 5.5 – 6.5 on the Mohs scale of hardness. This means that opals are more fragile than some other gemstones, so you do need to be careful with them. However, if you look after them well, they should stand the test of time. 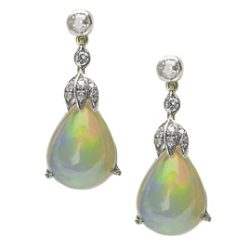 The Three Main Types of Opal

There are three main types of opal. 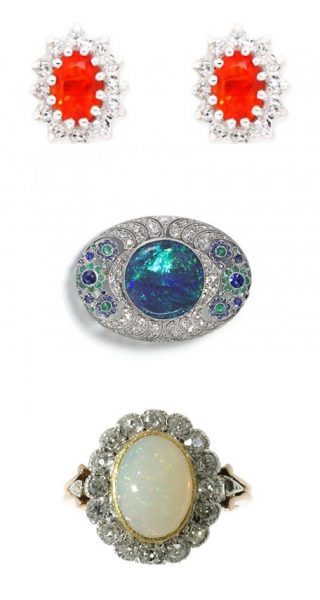 When Were They Discovered?

Opals have been known to man since around 250 BC. Hungary and Czechoslovakia were the first to mine opal. Opals weren’t discovered in Australia until around 1880, and weren’t mined there until 1901. Now, Australia produces around 95% of the world’s precious opals. 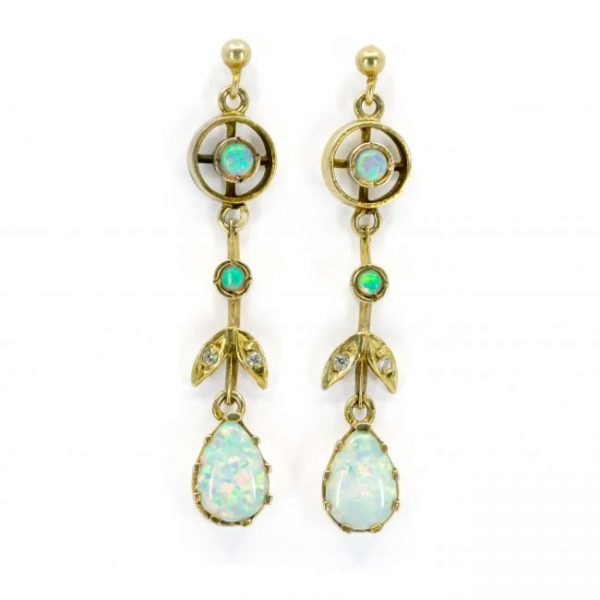 During the Middle Ages, it was thought to bring good luck because it was believed that it possessed all the virtues of each gemstone whose colour was represented within the stone.

Even up until the beginning of the 20th century, it was believed that if Russians saw an opal amongst any other goods being offered for sale, they should not buy anything else as the opal was believed to resemble the evil eye. 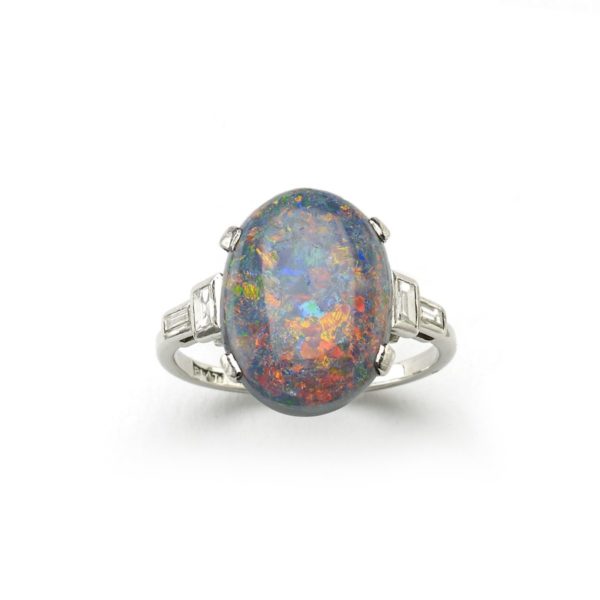 Opals Have Been Found on Mars

In 2008, NASA revealed that opal deposits had been discovered on Mars. This spectacular discovery indicates that there could once have been life on Mars, due to opal being composed by water evaporating and leaving behind silica deposits which form precious opal. In fact, opals are one of only a couple of gemstones which have been found to exist outside of Earth. 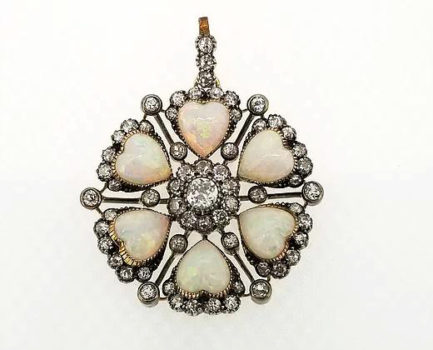 Opal is the Birthstone for October

Opal has been the birthstone for October since the 15th century but it only became official in 1912 when The National Association of Jewellers finalised a long-standing debate over which gemstones represent each month. Opal became the official birthstone of October. in 1912. 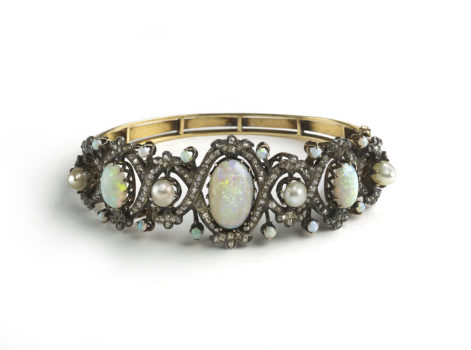 There have been many famous opals throughout history and have long been a favourite of many Royal’s. Queen Victoria’s favourite stone was opal, and she had a vast collection of opals. She even gifted her daughter-in-law, Princess Alexandra of Denmark a suite of opal and diamond jewels when she married the Prince of Wales in 1863. The set included a cross pendant, a set of three brooches, a pair of earrings, and a bracelet.

From Queen Latizia of Spain’s “Dinah” pink opal earrings to The Dutch royal family’s 19th-century flower brooch which is set with milky opals and a single ruby, there have been some spectacular pieces of opal jewellery throughout the years.

One of the most spectacular, though, has to be Queen Elizabeth II’s Andamooka opal necklace and earring suite. It was given to her in 1954 during her post-Coronation tour of 1953-1954 by the South Australian Government to mark the Coronation of their new Queen.

The opal in the necklace weighs a huge 203 carats which is set into an ornate necklace diamond set necklace and mounted in 18 carat palladium. 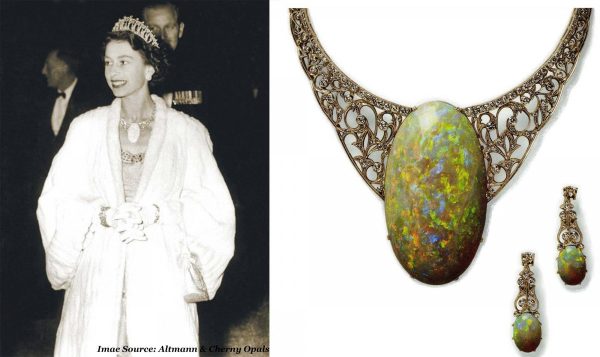 Click Here to View all Opal Jewellery and Rings 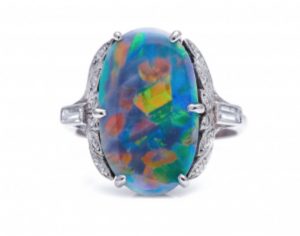 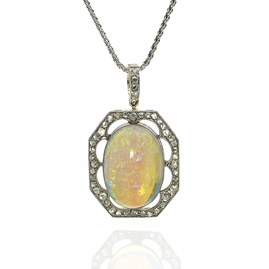 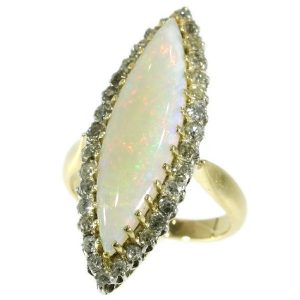 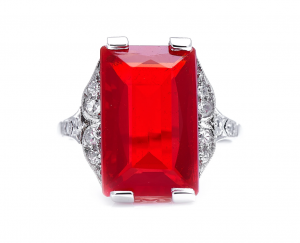 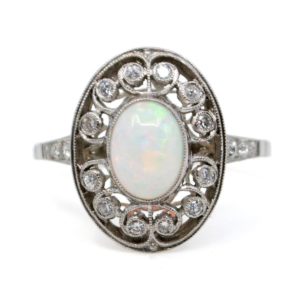