Birthstone Colours and Months – What are Birthstones? 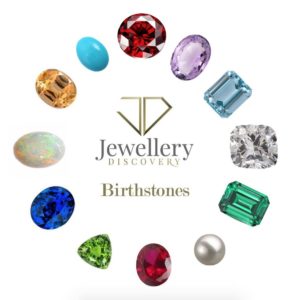 Birthstones are gemstones which are traditionally associated with each birth month.

This ancient tradition dates back thousands of years to the Ancient Greeks, when it was believed that each stone had its own powers such as the ability to bring luck, health, wealth and even the ability to protect from drunkenness.

Each month is associated with only one stone. However, over the years some months now have more than gemstone. 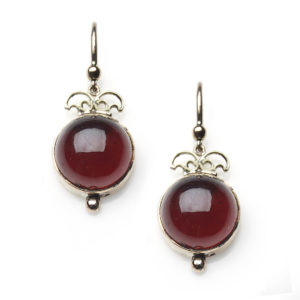 Garnets are believed to have the power to light up the night and to protect their owner from nightmares.

When most people think of garnet, they think of a beautiful deep red gemstone but in fact, garnets can come in an amazing array of colours.

Ranging from a rich red Bohemian garnet to stunning greens garnets such as demantoid and tsavorite garnets.

They can also be found in oranges and browns as well as pinks and purples such as the Rhodolite garnet. 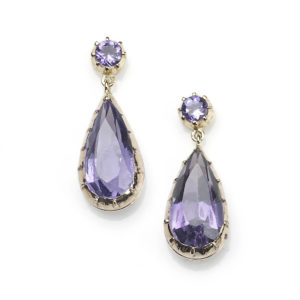 Believed to ward off the intoxicating powers of Bacchus (the God of agriculture, wine and fertility), and keep its owner clear headed.

Ancient Greeks would often wear amethysts and carve wine gobelts from it with the belief that it would prevent them from becoming drunk.

Amethyst, a form of quartz, is found in hues of light pink to dark purple. The best varieties of amethyst are often found in Siberia, Sri Lanka, Brazil and the Far East. 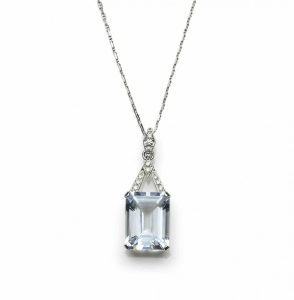 A symbol of hope, youth, health and fidelity, aquamarine was often thought of as not only the birthstone for March but also as an anniversary gift for married couples. It is also believed to embody eternal life due to its colour of the sea and the sky.

Aquamarine can be found in light pastel blues to deep blue. The darker more intense blue, the more valuable it is because dark blue aquamarines are now quite rare. 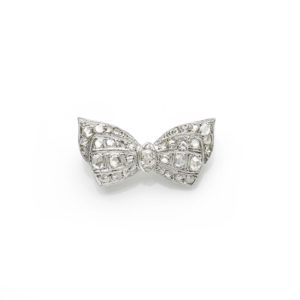 Diamonds were first discovered in the 4thCentury BC in India. During the Middle Ages, diamonds were often thought to have the ability to cure ailments, whilst in Roman times, it was believed that Cupid’s arrow was tipped with diamonds.

Others believe that diamonds bring longevity and honesty to relationships, perhaps why traditional engagement rings are diamonds

Diamonds are the strongest gemstone known to man and have been believed to increase their owners strength and courage and would sometimes be worn on a king’s armour in battle. 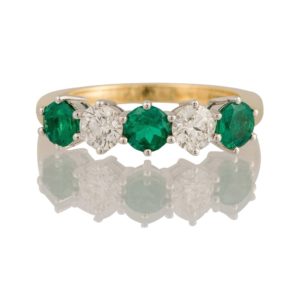 As the gem of Venus, the emerald was believed to be aid fertility and has long been associated with love and rebirth. Ancient Egyptian mummies were often buried with emeralds to symbolise eternal youth.

Formed from the mineral Corundum, Emeralds are a wonderful green and the deeper the colour, the more valuable the emerald is. They are one of the rarest gemstones and are often found with inclusions, however this doesn’t usually detract from the value, unlike with other gemstones such as diamonds. 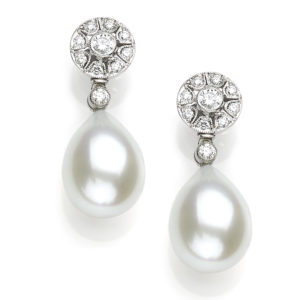 Long associated with chastity and purity, pearls are one of the most unique gemstones – they are the only one to be formed inside a living creature.

Formed in the shells of living molluscs, they range in colour from dusky pink, blues, greys, brilliant white and even black. Their naturally lustrous appearance and smooth surface mean they do not need to be specially cut or polished to increase their beauty.

In ancient Rome, the pearl was a status symbol of wealth and powerwhilst In the Victorian era, small seed pearls were often used in mourning jewellery to symbolise tears.

Up until the 20thCentury, pearls were possibly the most valuable gemstone due to their rarity. This changed, though, when Asia discovered how to create cultured pearls. 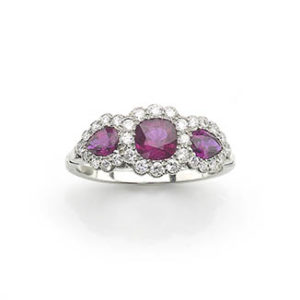 Derived from the Latin word “ruber”, meaning red, rubies are said to bring good health and fortune and are often referred to as the ‘King’ of gemstones. In Medieval Britain, the ruby was often considered to guarantee health, wisdom and a successful love life.

The finest rubies can be found Myanmar (Burmese rubies) and Thailand. Rubies from Thailand often have more of a deep burgundy colour than those found in Myanmar. 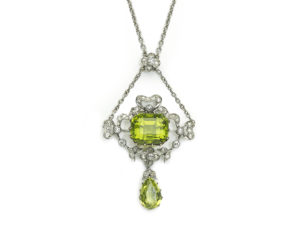 Ranging from yellow-green to brown, peridot is most sought after in its bright lime green or olive-green forms and is often confused with emeralds, even though it is generally lighter in colour. It is said that some of Cleopatra’s famous emeralds were in fact peridot.

Over the years, peridot has been believed to have many different properties. It supposedly protects against the evil eye, as well as bringing friendship and happiness. In Medieval times, people would often drink medicine from peridot goblets, believing that it would enhance the effect of the medicine. 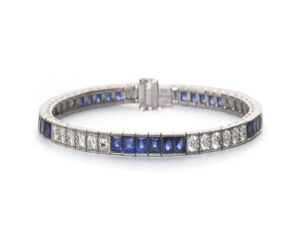 Sometimes referred to as the stone of stones, sapphires are said to bring peace and happiness to their wearers.

Sapphires come in a variety of hues, but the most popular is the brilliant, deep blue that we all picture when we think of sapphires. The deeper the blue, the more valuable the sapphire.

Blue is the colour for fidelity and sapphires were once the preferred stone for engagement rings.

The other colour sapphires can come in are: 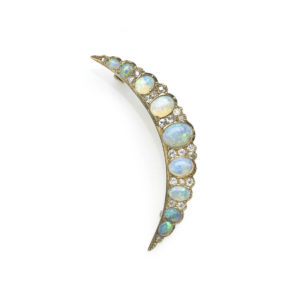 Opals have long been regarded as a supernatural gemstone due to its ability to display so many colours in one stone.

Over the centuries, opals have been associated with many ‘powers’. Ancient Greeks believed it guarded the wearer from disease and gave them the gift of prophecy, as long as it was used selflessly, otherwise it would bring misfortune and disappointment.

There are various types of opals including white opals, which display a wonderful shimmering array of colours on a white stone. Black opals which appear black, blue or grey.

The fire opal is a transparent opal which can be orange, red or yellow with shimmering flecks of colour. There is also the water opal, sometimes referred to as a colourless opal, it has flashes of colour when exposed to the light. The finest opal however, is the Harlequin Opal. Its colours are characterised by evenly distributed small flakes of different hues. 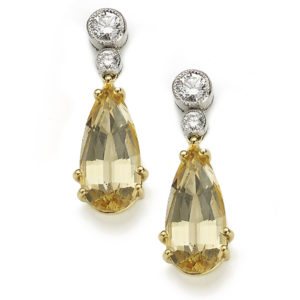 The main birthstone for November is topaz, but can also be citrine.

Topaz can be found in blues, purple and pink as well as a red-orange brown, similar to the citrine. Imperial Topaz is the most valuable.

Symbolising love and fidelity, topaz is also said to bring strength and intelligence to its wearer. The Ancient Greeks believed topaz increased strength and could even make you invisible, while the Egyptians associated the golden gem with the sun god. 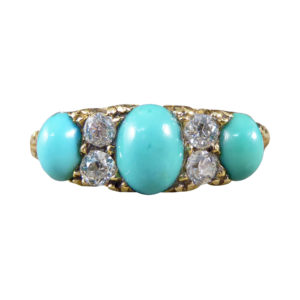 Turquoise is one of the oldest stones dating back to ancient times. Opaque stone of turquoise-blue colour.

The name “turquoise” comes from the French “turqueise” meaning Turkish stone because it was first transported to Europe via a Turkish nation.

Pure blue turquoise is rare so most the turquoise we see has black or brown veins running through – which is sometimes the host rock. 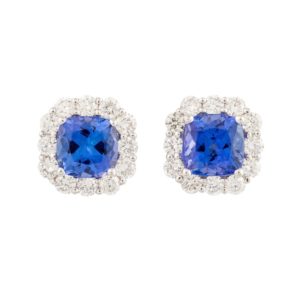 Tanzanite – A member of the mineral family, zoisite, tanzanite is only found in one place – Tanzania. Its uniquevelvety blue colour with hues of purple make it a much-loved stone by many.

Tiffany & Co. declared it “the most beautiful blue stone to be found in 2000 years” when it was first discovered in the 1960’s.

Said to relieve stress and lower blood pressure, it can supposedly ease depression, anxiety, fear and worry and be used to help increase fertility in women