What is a Diamond Rivière Necklace

What is a Diamond Rivière Necklace?

A diamond riviere necklace is a continuation of diamonds that go all the way around. Also coloured gemstones of the same size or with a slight graduation.

When did Riviere necklaces come popular: 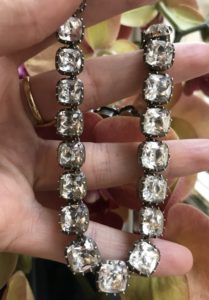 Necklaces from this period were set with paste, topaz, amethyst or diamonds in a closed back setting.

They would be foiled backed to enhance the light that is being reflected through the stone.

Riviere necklaces from this period are the most valuable as they are the hardest to find.

Most common cut of stones used: 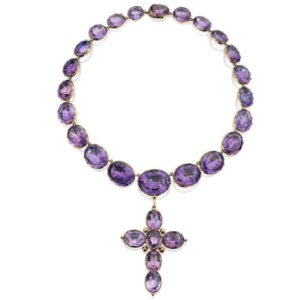 Riviere remained popular throughout the century.

Amethyst was a popular stone choice of this period, normally with a detachable pendant.

Diamond necklaces were now with open backs. Metals used: Silver for the setting and gold backing. 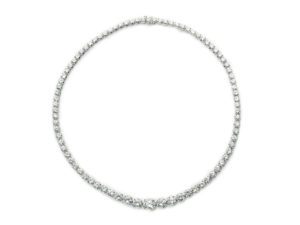 The design kept the same now the setting is much less to focus on the diamonds, normally a four claw setting or a channel setting. 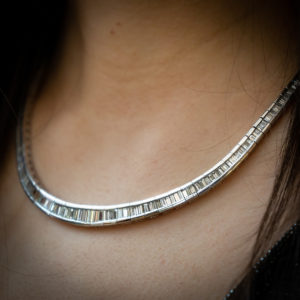