Style: Victorian – Victorian decorative arts refers to the style of decorative arts during the Victorian era. The Victorian era is known for its eclectic revival and interpretation of historic styles and the introduction of cross-cultural influences from the middle east and Asia in furniture, fittings, and Interior decoration. Victorian design is widely viewed as having indulged in a regrettable excess of ornament. The Arts and Crafts movement, the aesthetic movement, Anglo-Japanese style, and Art Nouveau style have their beginnings in the late Victorian era.

We consider this to be of the Grand Victorian Period.

This second Victorian period is famous for its ostentatious pieces set with pearls and diamonds (from South Africa). From ca. 1850 wealthy English had reported about jewellery from India and Japan, which heavily inspired the jewellers of this period. This period also corresponds with the death of Queen Victoria’s husband King Albert making mourning jewellery (set with heavy dark stones) the type of jewellery specific for this period.

Theme: Pansy – The name “pansy” is derived from the French word pensée, “thought”, and was imported into Late Middle English as a name of Viola in the mid-15th century, as the flower was regarded as a symbol of remembrance. The name “love in idleness” was meant to imply the image of a lover who has little or no other employment than to think of his beloved.

In William Shakespeare’s A Midsummer Night’s Dream, the “juice of the heartsease (other name for pansy is a love potion and) “on sleeping eyelids laid, will make a man or woman madly dote upon the next live creature that it sees.” (From Wikipedia)

Diamond(s): One rose cut diamond. We do not have the weight of this diamond which is normal in our trade when it comes to rose cuts.

Birthstones: Diamond is the birthstone (or month stone) for April and diamond for April. 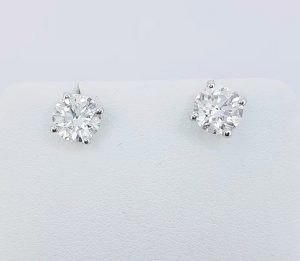 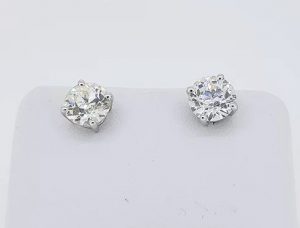 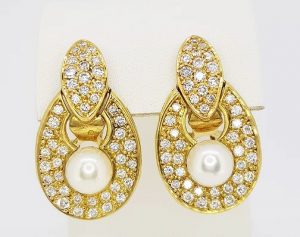 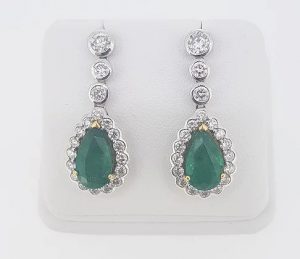 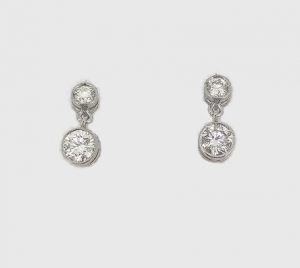 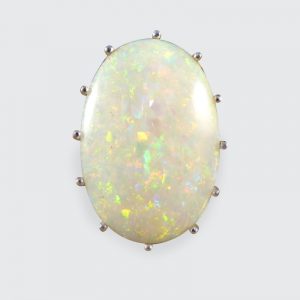 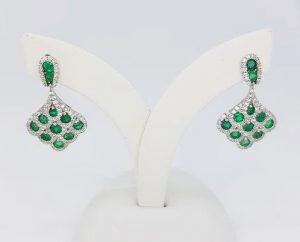 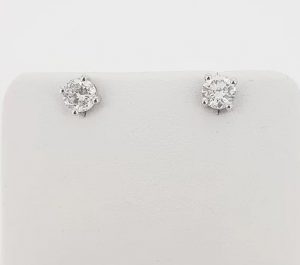 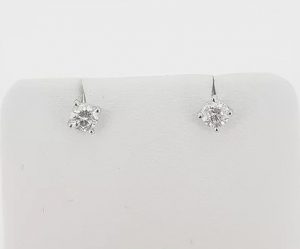 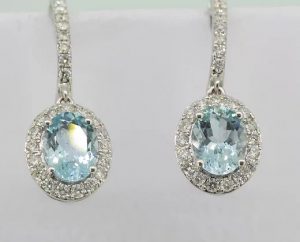 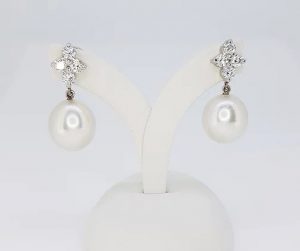 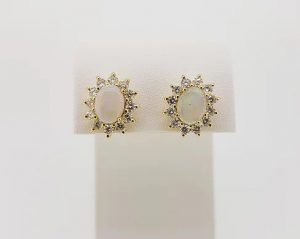 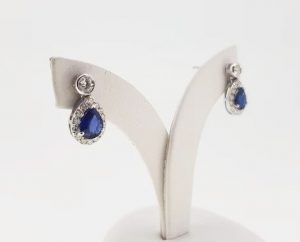 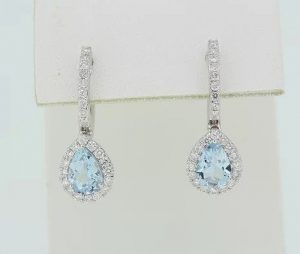