The beautiful oval stone at the centre of this ring is a peridot. Peridots are the birthstone for August, and only come in one colour, with slight variations: a striking, slightly olive green. It’s the gem variety of a mineral called olivine, and has a history going back millennia. The earliest deposits of peridot were mined on the Isle of St John in the Red Sea, starting around 300BC, and later mediaeval examples can be found in many church treasures, often set in reliquaries. Peridot’s vivid colour was said to have a healing effect, which helped cure depression and open the heart. This example, weighing approximately 3 carats, is set within a cluster of charming early 20th century circular-cut diamonds, to a yellow band that complements the peridot’s vivid colour beautifully. Peridot is well-suited for everyday wear, so this cluster would be perfect for an engagement ring. 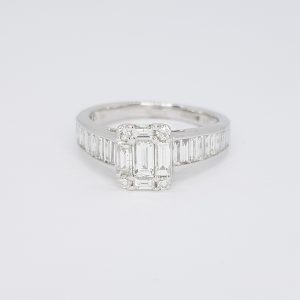 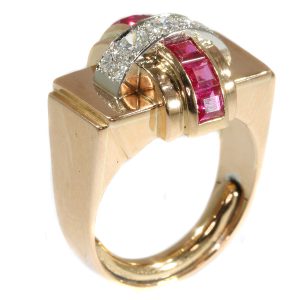 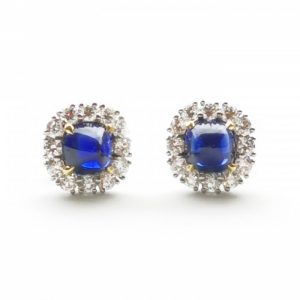 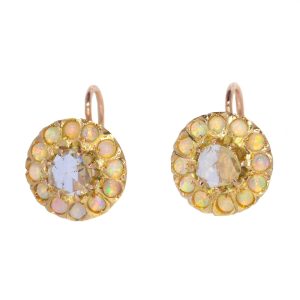 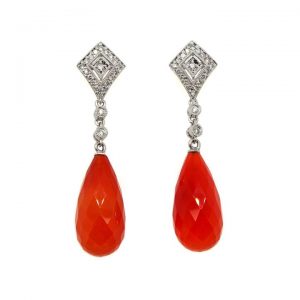 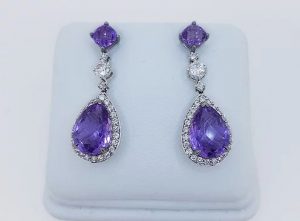 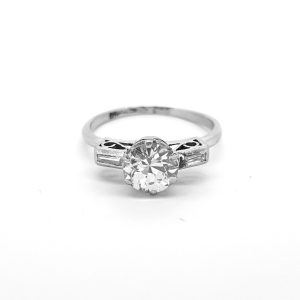 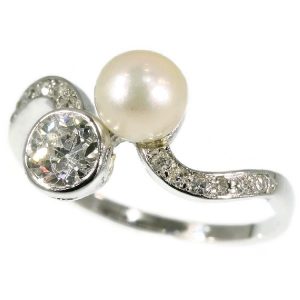 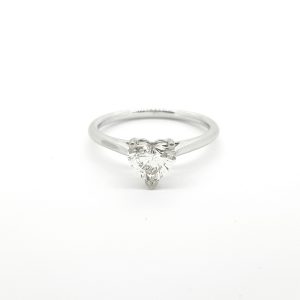 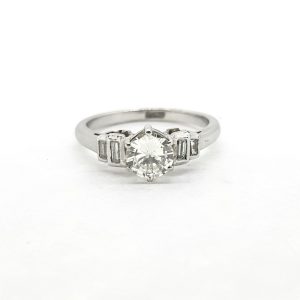 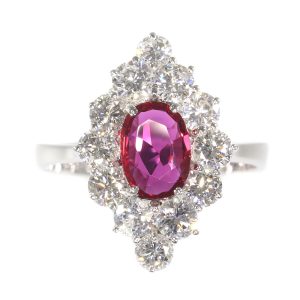 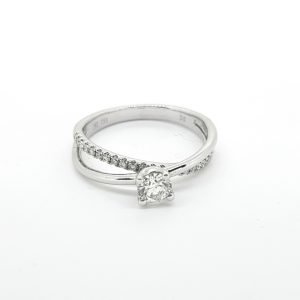 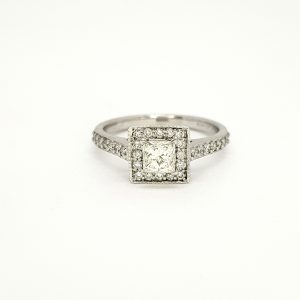 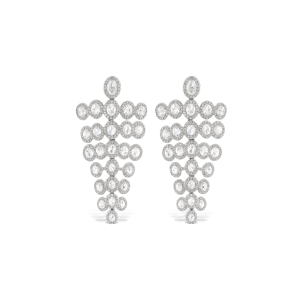 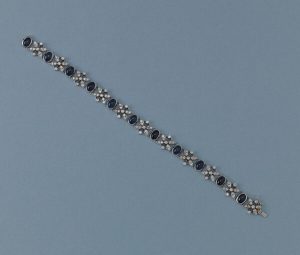