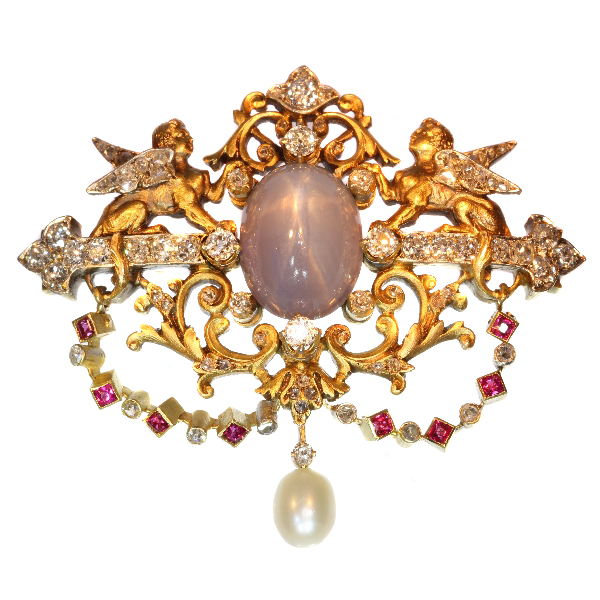 1. What is a star sapphire?

This is variety of sapphire which exhibit a unique optical phenomenon called asterism.  Asterism, from the Latin word Astrum, for ‘star’, is caused by small, perfectly aligned needle-like inclusions of the mineral rutile which cause the light to reflect back in a rather unique way, creating a star to form on the stone.  Black star sapphires owe their stars and also their dark colouring to included crystals of the reddish-black mineral, hematite. 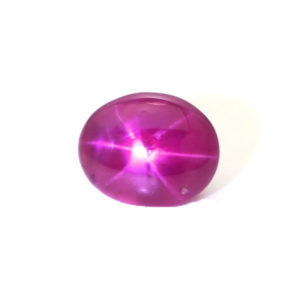 2. What colour do they come in 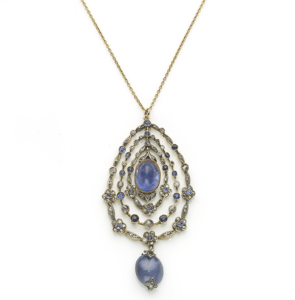 They can be found in a huge array of colours and hues (just like transparent sapphires) from various tones of blue to pink, purple and even grey and black.

However green, yellow and orange are uncommon.

The most desirable colour, like with transparent sapphires, is a vivid, intense blue and these sapphires get their beautiful colouring
from the minerals iron and titanium while vanadium gives a violet to purple colour.

A small amount of iron results in a more yellow or greenish tone, while chromium produces
fine pink to red tones.

Iron and vanadium together result in golden to orange tones.

The Thai star sapphire is famed for its beautiful golden rayed star. 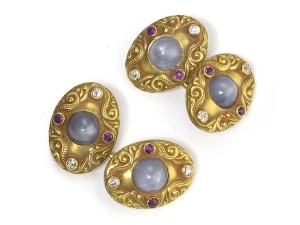 3: The most popular cut used

A rough sapphire can only be cut and polished when it has the right amount of rutile.

It is essential for a star sapphire to be properly cut, not just for their general appearance but also to ensure that the star is well defined and properly oriented.

Star sapphires are cut into cabochons and are often cut with high domes to maximise that beautiful and highly desirable star effect.

You may also notice that many sapphires have uneven tops or bottoms, this is often necessary for proper orientation of the star and in order to display the best asterism. 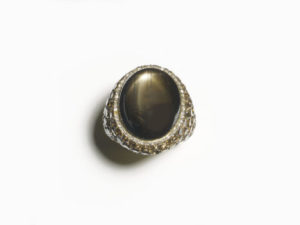 These stones typically are opaque.  Due to the rutile silk, needed to create the star, every star sapphire is, to some degree, included.

6: Where are they found

Star sapphires are most commonly found in Sri Lanka but are also found in Burma, Australia, Thailand, Vietnam, Kampuchea, and India.

Almost all natural sapphires will have some natural imperfections – stripes or lines of colour that show through the top, or unevenness on the bottom. These are generally a good indicator that you have a natural sapphire. A natural star will most likely have one or more of the legs which are a different length to the others, or perhaps not all legs are completely straight. Also, the star on a natural star sapphire should move with the light. If a star sapphire looks too perfect then it may be synthetic. 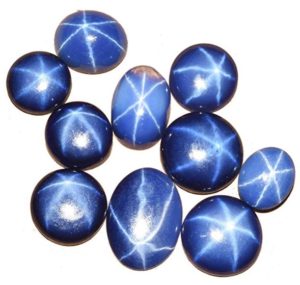 In ancient times, star sapphires were regarded as powerful talismans for protecting travellers and seekers. They were believed to be so powerful that their power would still protect the wearer, even after being passed on.

The largest star sapphire in the world is a humungous 9719.50 carats and is named ‘The Lone Star’. The stone was cut in London in November 1989 and is owned by Harold Roper however little else is known about the stone or its whereabouts.

The Star of Adam

Prior to the discovery of The Star of Adam, the most valuable star sapphire in the world was The Black Star of Queensland. It weighs 733 carats (146.6g) and the centre of the star is much bigger and brighter than normal star sapphires.
It was supposedly discovered by 12-year-old Roy Spencer in the mid-1930’s in the gem fields of Queensland, also known as the Reward Claim. It is said that Roy showed the gem to his father, Harry Spencer, who thought it was nothing more than a large black crystal and, not realising the value of the stone, the family used it as a doorstop in their family home for over a decade until one day, Harry discovered the gem hidden inside.